The function is only available in another function.

When called from another function 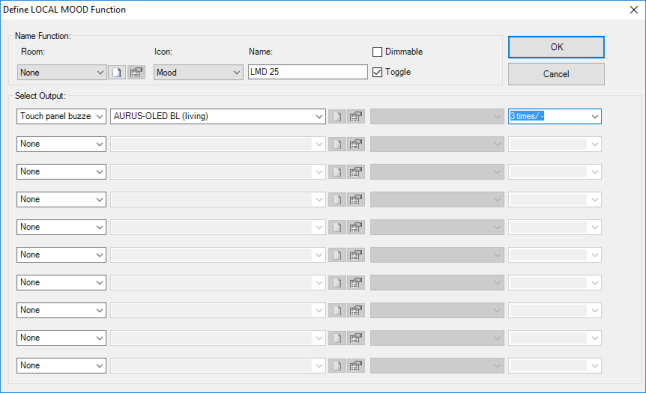 Interface
This parameter defines the interface which has to beep. This setting is only necessary with the 'TP Buzzer' type.

Target value
Put in the number of beep tones which is sent to the selected interface.

Operation in another function

Not every function can be switched off. Consult for that matter the description of the respective function.