The 'Flags' function signals the status of a situation by his 'on' or 'off' status.
It is only used as a condition whether or not to execute certain actions.

Function behaviour when operating in another function 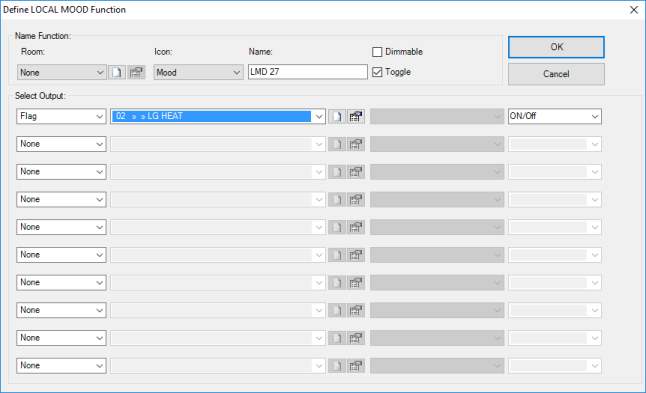 A 'Flag' can be selected in another function. Depending on the preset target value the operation will be as follows:

Off
The 'Flag' is out. The situation as described by the flag is 'Off' or 'Not True'. If the 'Flag' were already 'Off', then it remains 'Off'.

Not every function can be switched off. Consult for that matter the description of the respective function.